The Elected Officials to Protect America is a project of the Solon Center. We operate in every state.

The mission of EOPA: To create a safe, prosperous, and healthy planet, we empower leadership from elected officials and civic leaders to protect our environment, and fight the climate crisis. As current and former elected officials who care deeply about protecting our planet and people from the dangers of climate change, EOPA educates through value-based storytelling, trains lawmakers, and connects elected officials to inspire strong environmental policy. Lawmakers who are veterans and elected officials lead our mission.

Protecting our federal public lands is a critical part of our work — to prevent further development, limit oil and mineral extraction, protect watersheds and ground water, and keep the land vibrant for future generations.

With one project, launched in September 2018, Elected Officials to Protect America’s Public Lands organized 80 bipartisan lawmakers, who are veterans from all 50 states, to sign a letter to Interior Secretary Ryan Zinke to support the Land and Water Conservation Fund (LWCF). LWCF had been stalled in Congress for a year. We earned coverage in Politico and our members wrote 21 opeds educating people why it’s important to protect America’s Lands with LWCF. In January of 2019 the reauthorization of LWCF was signed into law. In 2020 LWCF became fully funded in perpetuity within the Great American Outdoors Act. 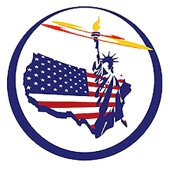 The mission of Code Blue — EOPA is to protect our environment and combat climate change, using water security as a means to illustrate dangers and solutions.

Alexander Cornell du Houx and Dominic E. Frongillo are the principals working with the Solon Center on EOPA projects. Both have been elected officials.